PNXBet is a casino operator that offers over 5,000 casino games from more than 50 software providers. Of these, the central place is occupied by video slots that attract the most attention to Filipino players. These spinning machines come from Blueprint, Hacksaw, Quickspin, and other well-known software platforms. In the “Popular” section, we found King Kong Cash, Chaos Crew, Gold Lab, Return of Kong Megaways, and Mayana. All of them are certified slot machines that generate random outcomes. You can check out more about these video slots below.

King Kong Cash is a well-known video slot on PNXbet casino, for players who aspire to exciting gaming features, high RTP and medium volatility. It comes from the prestigious casino game provider Blueprint Gaming. The design of the game is colorful, contains cartoon monkeys, and is based on the jungle theme. Also, the schedule is fun, with 20 fixed paylines, five reels, and three rows. The player wins when he collects at least three of the same symbols. Symbols ranked by value are Q, J, A, K, Parrot, Alligator, Rhino, Tiger, King Kong Cash, and Barrel Wild. The last two symbols (if you get five in a row) can bring as many as 500x stakes.

The minimum bet per line is 0.20 PHP, while the maximum is 200 PHP. It is possible to set automatic turns, by clicking on this function in the lower right corner. A hundred auto-spins with profit and loss limits can be activated. This is a slot with a low to medium volatility and an RTP of 97.80%. This is a fairly high RTP which is proof that the casino has made sure that users can also profit by having fun on the platform.

In the Big Money Bonus function, the biggest win can be achieved. That is an incredible 1000x stake. King Kong Cash boasts more bonus games. They are activated by dropping three or King Kong symbols on the rings. There’s also Empire Free Spins which offers ten free spins and bonus modifiers. In addition, the player can get Golden Kong free spins, King Kong Trail, and others. There are four bonus modifiers available. These are the King Kong series, Banana Cannon Wilds, Golden Barrel Super Spin, and Bonus Boost. 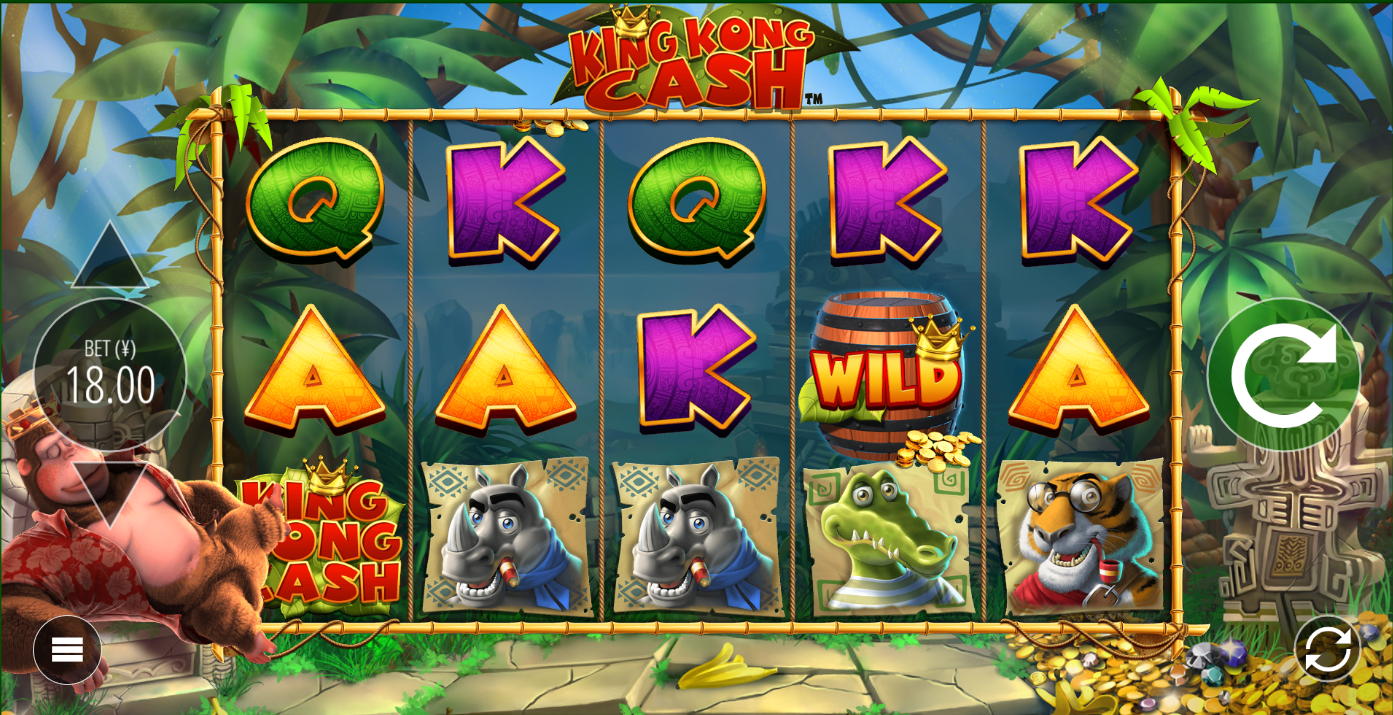 Chaos Crew is a new video slot that appeared in the online gambling market in 2020. It was launched by the Hacksaw Gaming software provider. The layout is simple, including 15 paylines, five reels, and five rows. It has a modern design, with punk-style themes and graffiti symbols. The symbols by value are the following: ‘$’, Skull, Smiley, Cross, Lightning, Moth, Brain, Apple, and Tentacle. There’s also a Cranky Cat wild symbol that replaces all the symbols in the payline, except the one related to free spins.

The game has an auto-spin option, so the player can relax and watch the machine win for him. Also, Chaos Crew boasts a high RTP above average at 96.3%. The minimum bet a player can place is 0.20 PHP. On the other hand, the maximum bet is fixed at 100 PHP. The slot is with medium volatility. One of the main features of this video slot is the free spin mode. The player wins it when he manages to match three free spin symbols. This regime includes three free spins and increases by three more each time when a winning symbol appears. The mode will be turned off when the player makes three non-winning turns in a row. The number of remaining turns is displayed on the meter that is oriented to the right.

Besides this, players can take advantage of “Cranky the Cat” Wild and Multiplier Bonus Feature. The second feature includes Sketched Skull, Cranky Cat, and others that multiply the value of the reels. Hacksaw Gaming has allowed users to buy bonus features instead of waiting for them to appear spontaneously. However, it should be noted that with the purchase of the bonus option, RTP falls to 95.92%. 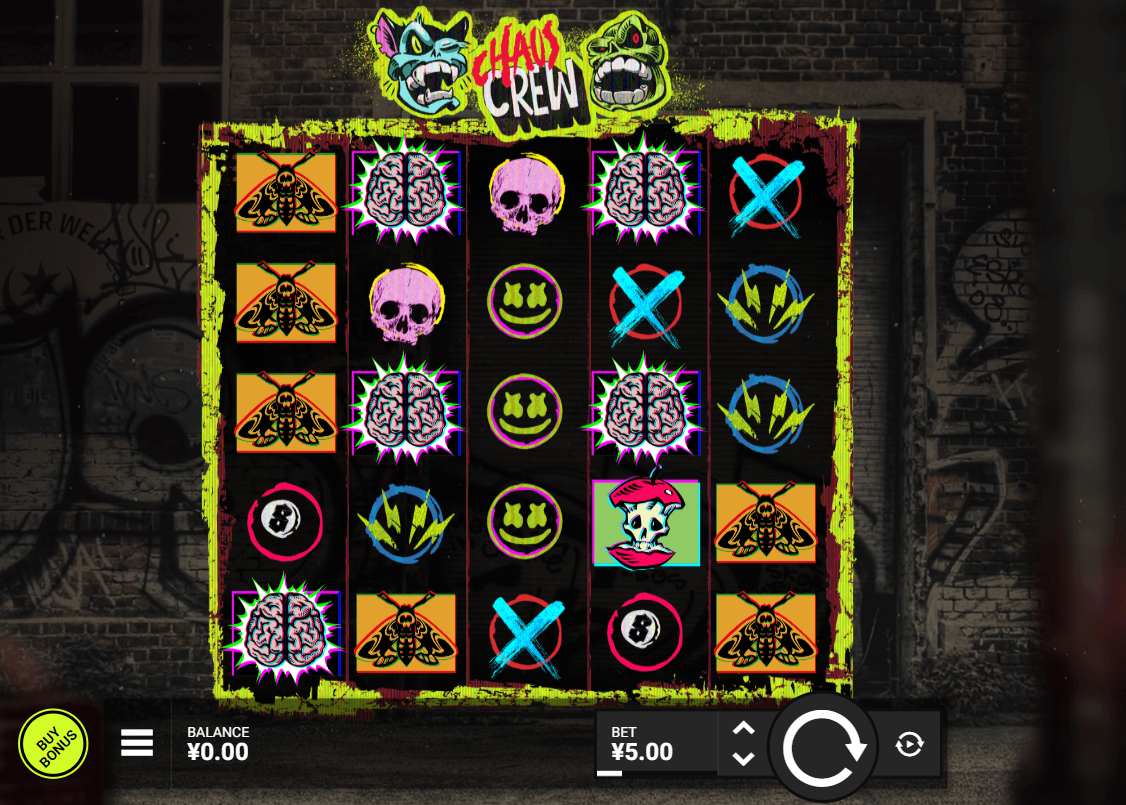 Gold Lab is a dynamic video slot developed by the Quickspin software developer. We will describe the game as hurried, exciting, and full of surprises. The design refers to a modern laboratory in which crazy science is trying to discover a formula that will produce gold coins. It consists of 25 paylines, 5 reels, 3 rows, and a total of eleven different symbols. There are Wild, Scatter, five gemstones, and four potion symbols of different colors. Each of them has its advantages and benefits. The strongest symbol is “Wild” and it can replace all but not the Cup one that activates the golden bonus function.

The auto-play option is available and can be set to rotate the reels as much as the player chooses. The minimum amount a player can bet is 0.1 PHP. On the other hand, the slot has a maximum bet of 100 PHP. As for the percentage of Gold Lab Return To Players, it is 96.06%. So, we see a fairly high RTP, which indicates that the casino allows users to cash in on their entertainment. The maximum payout that can be expected is 413 times your total stake.

One of the biggest attractions of the Gold Lab and probably the main reason why players keep coming back is the Gold Bonus feature. It works as follows. On the right side of the reel, players will find a cup counter with four cup symbols of a certain color highlighted by a gold frame. The bonus function will start when the player lowers the Scatter symbol to 1, 3, and 5 reels. After that, the Cup symbols become wild and the player wins four free spins. If an additional Scatter symbol is displayed during the function, more free spins are added to the meter. 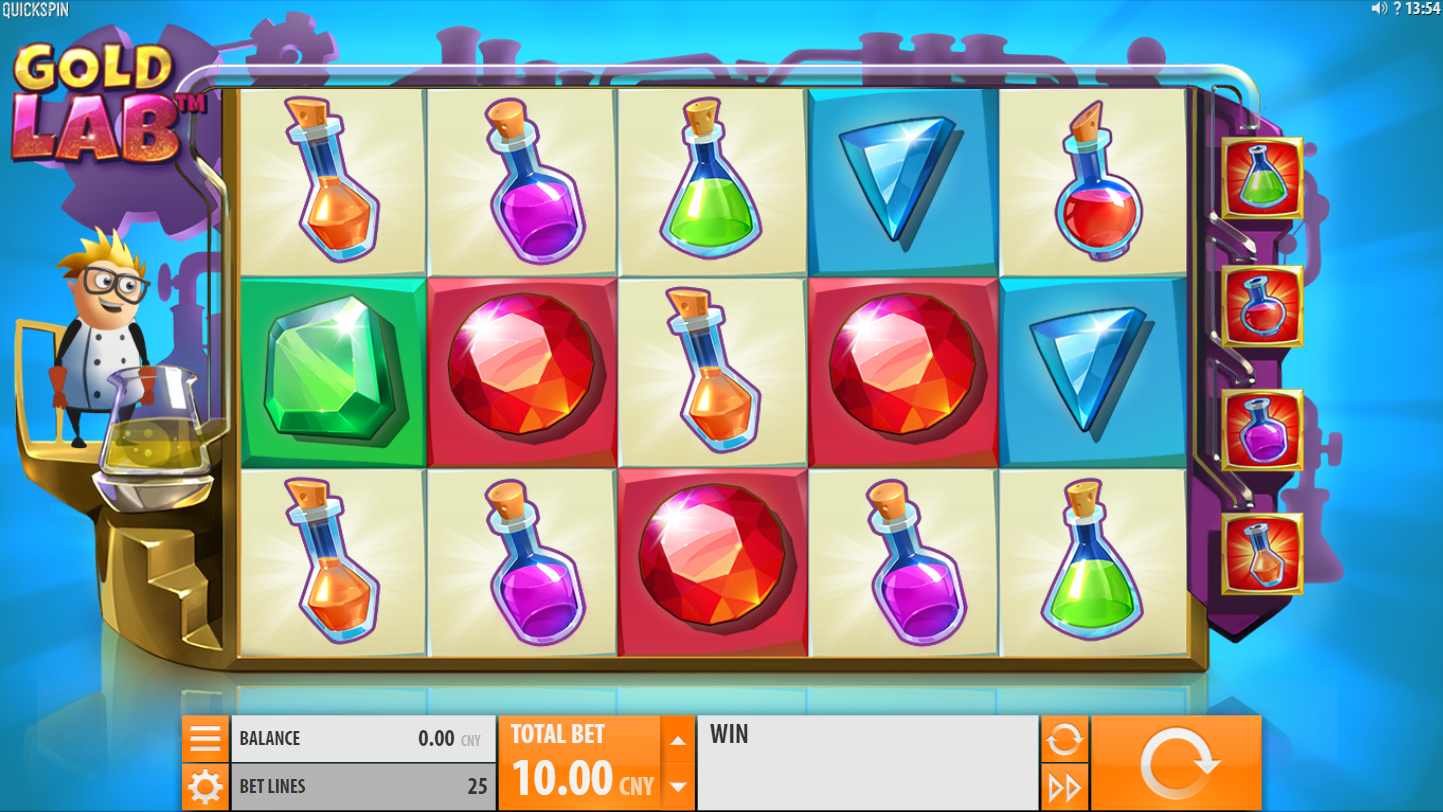 Return of Kong Megaways is a slot developed by renowned software provider Blueprint Gaming. Released in 2019, it quickly achieved success among slot fans. It has fun 3D graphics. The topic is related to the central role of a giant gorilla that lives on the island of Skulls in the Pacific Ocean. It has six reels, and seven rows and boasts as many as 117,649 ways to win. Of the symbols, there are Parrot, Tiger, Rhino, and others. Of course, there is also the Congo symbol itself, which pays the most. Apart from them, there is also the “Wild” symbol that will replace all the others.

The minimum bet is limited to 0.10 PHP. The maximum amount a player can bet is 100 PHP. The volatility of the slot is medium, with an RTP of 96.03%. As we see, a high percentage of refunds to users is predicted. The maximum amount that can be won is as much as 50,000 times the stake. Another thing that adorns this video slot is the six available bonus features. These are Cascading Reels, Mystery Kong, Free Spins, Monkey Trophy Collection, and Bonus Bet feature.

To activate the free spin’s function, the letters of the word KONG must be arranged correctly. So, when you see the word KONG on the screen, you get 12 free spins. Another five free spins are given for each additional Scatter that falls on the reel. Each win increases the multiplier by 1x, with no limit. Bonus Bet features include Megaways Wheel, Bonus Buy, and Mystery Bonus Buy. Here for a certain number of stakes you also win free spins and other benefits. 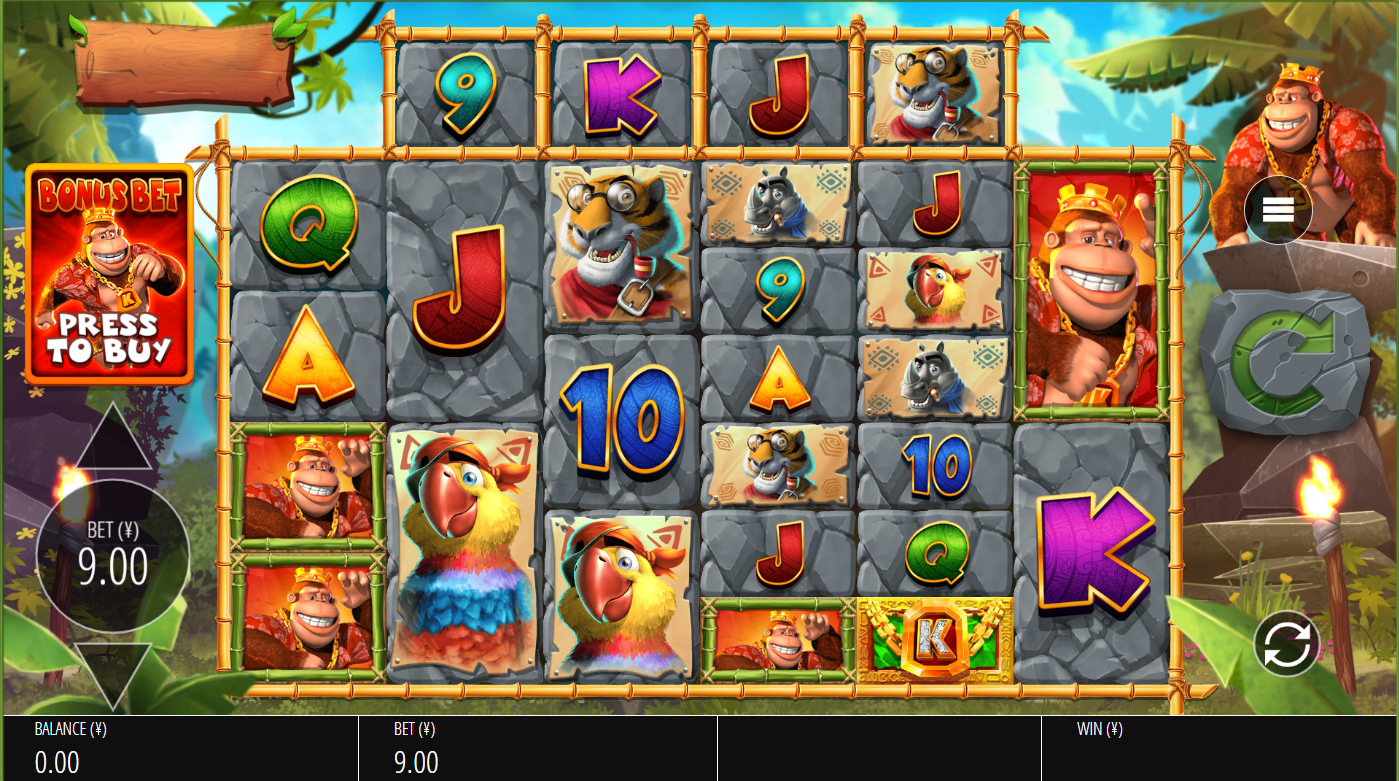 Mayana is an exotic slot game launched in 2017. It comes from the Quickspin software studio. The theme is based on the jungle with wild animal icons and tribal images. The game starts with 3 reels and 3 rows, but the reels can be expanded up to 5. For three reels and three rows, the paylines are 27, while for five reels and three rows there are a total of 243 ways to win. The slot has a total of eight symbols from which we distinguish the gems and masks of Mayan animals. The second-mentioned symbols can be green, purple, yellow, and red. What is characteristic is that there are no Wild or Scatter symbols. Re-spins and consecutive wins will add even more icons to the game.

The player can set the option to automatically play the slot. The minimum and maximum stakes range from 0.25 PHP to 100 PHP. The RTP is fair at 96.63%, while the volatility is in the range of medium to high. This video slot does not have a progressive jackpot. The maximum payout on one payline during the base game is 750x stake per turn. It boasts two very significant bonus features.

The first is the Expanding Re-Spin while the second is known as Mucha Mayana. The first bonus function is activated with three symbols in a row, giving the player two repetitions. If the player continues to win, the re-spins are extended to another three. If a player enters the third round of re-spins, he can win the Mucha Maiana function. It is very significant because the multipliers can be increased in the range from 4x to as much as 20x. 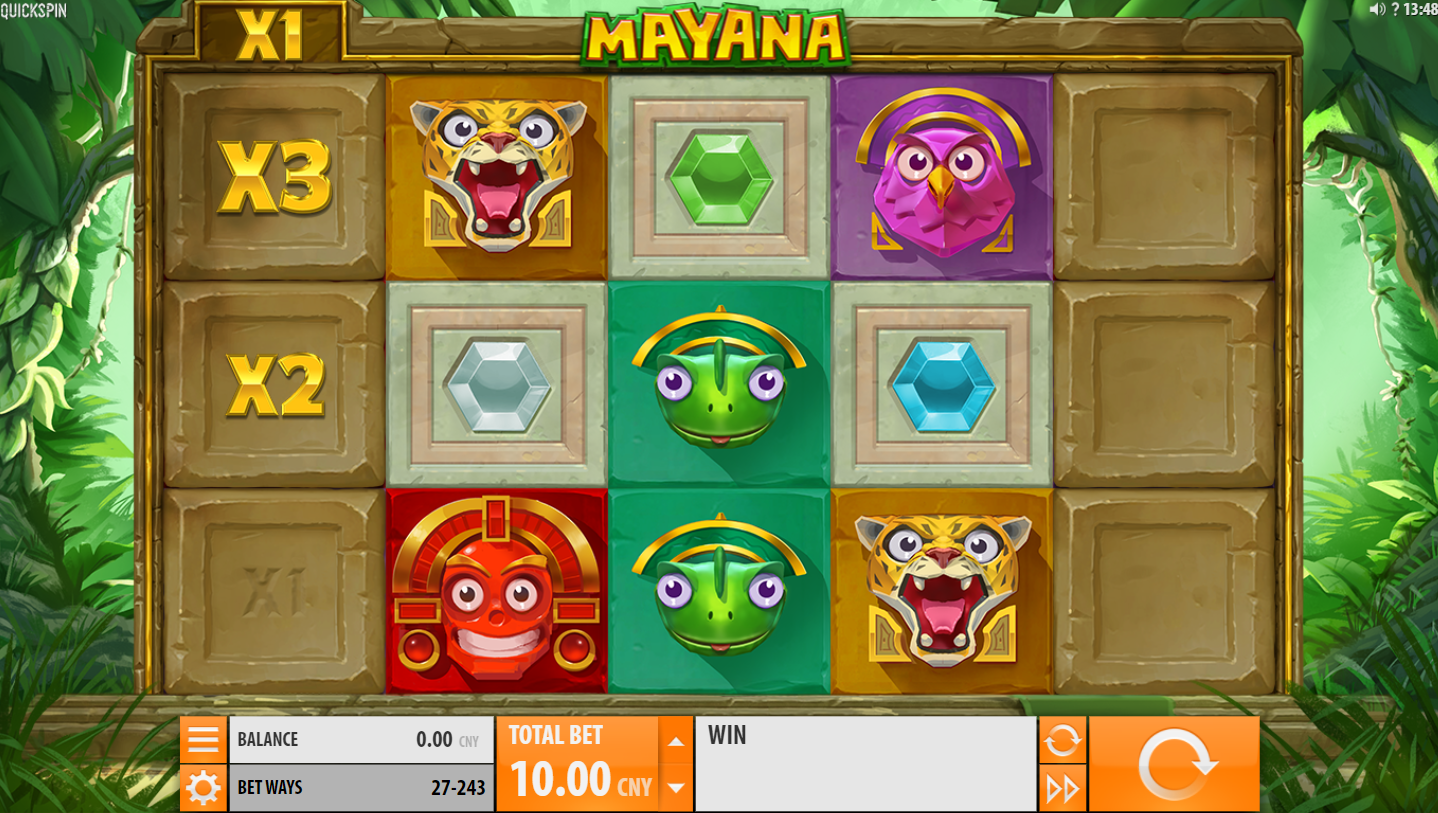